Paper World was the second series of artefacts produced in relation to the doctoral dissertation: Paperness: Expressive Material in Textile Art from an Artist’s Viewpoint. Its production focused on ways in which a material could make the maker’s expression explicit in the overall exhibition and understandable by the viewers. To create this series, I directed my thought from the contextual components – exhibition space and environment – to the detail. The concept of Paper World showed that a material lives in this world as ordinary entities surround us in our everyday lives at home. The series consisted of artefacts representing ordinary household objects, none of which were seen in isolation from their context or other artefacts situated in the context.

All the artefacts in the Paper World series were clearly not intended for serial production; nor were they meant to fulfil any practical functions. Instead, they were created to provide enjoyment and to stimulate contemplation and reflection. Although their forms looked realistic, their media and structure signalled that they were intentionally to be used in imagination or conceptualization. 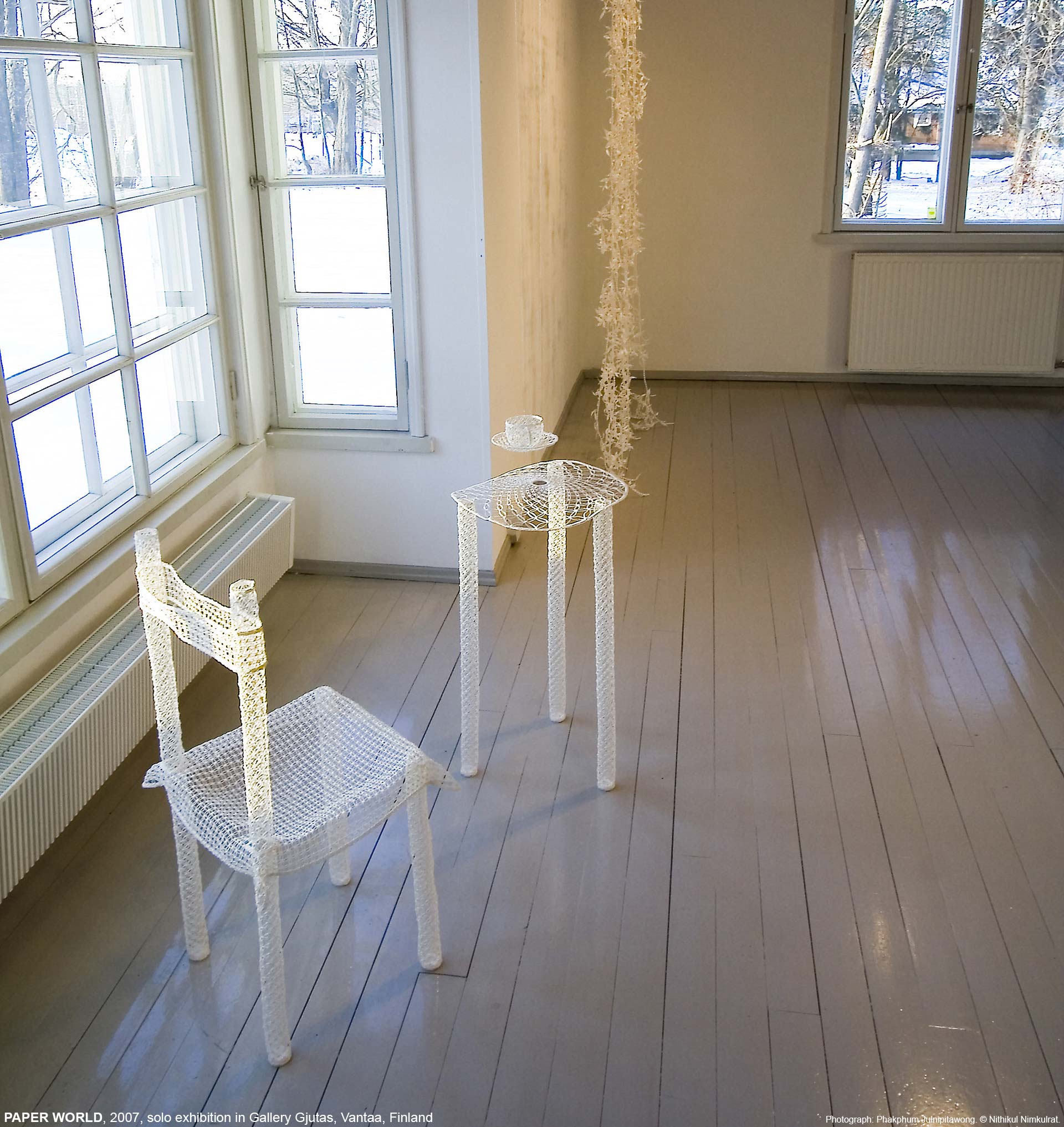 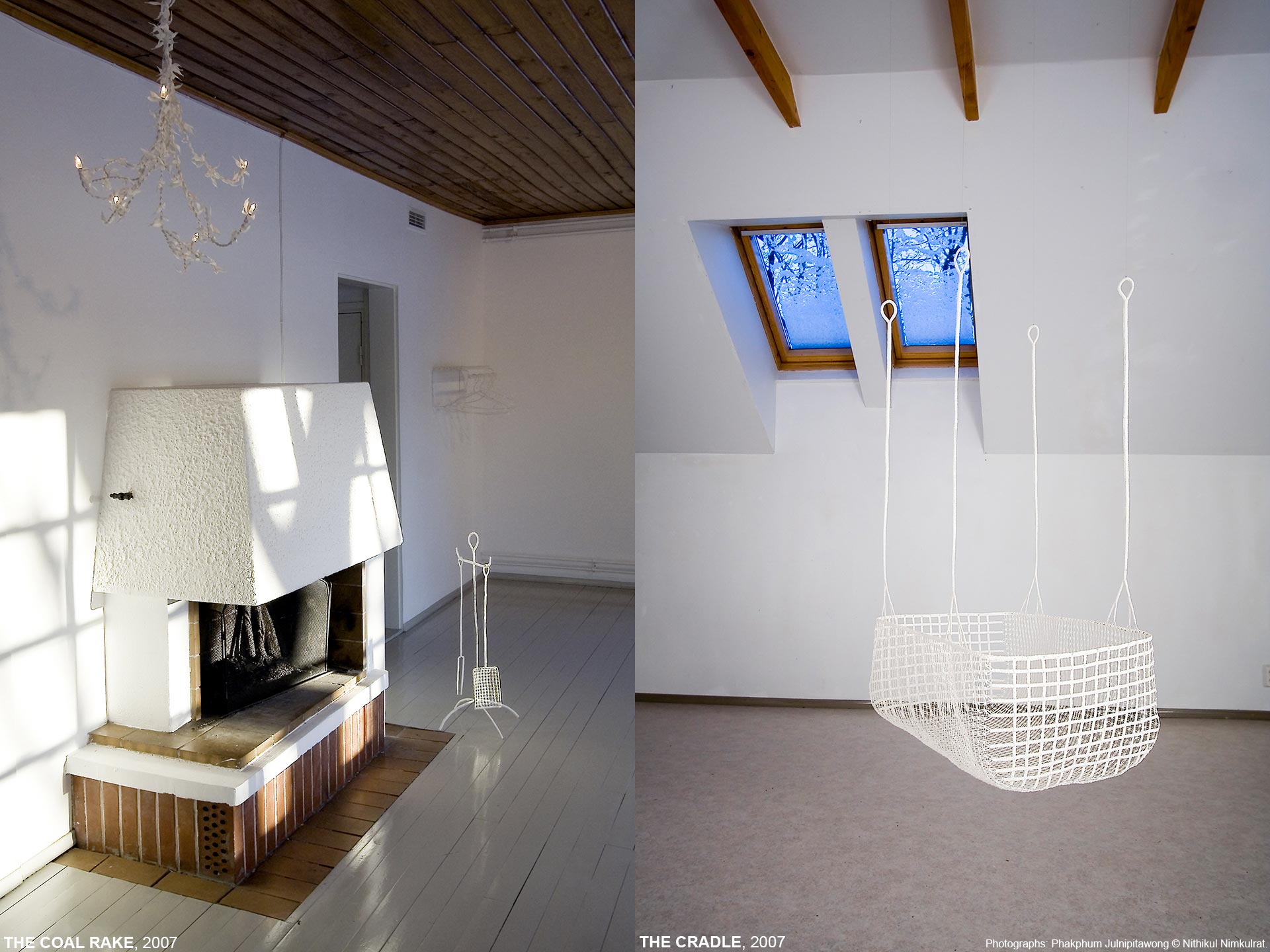 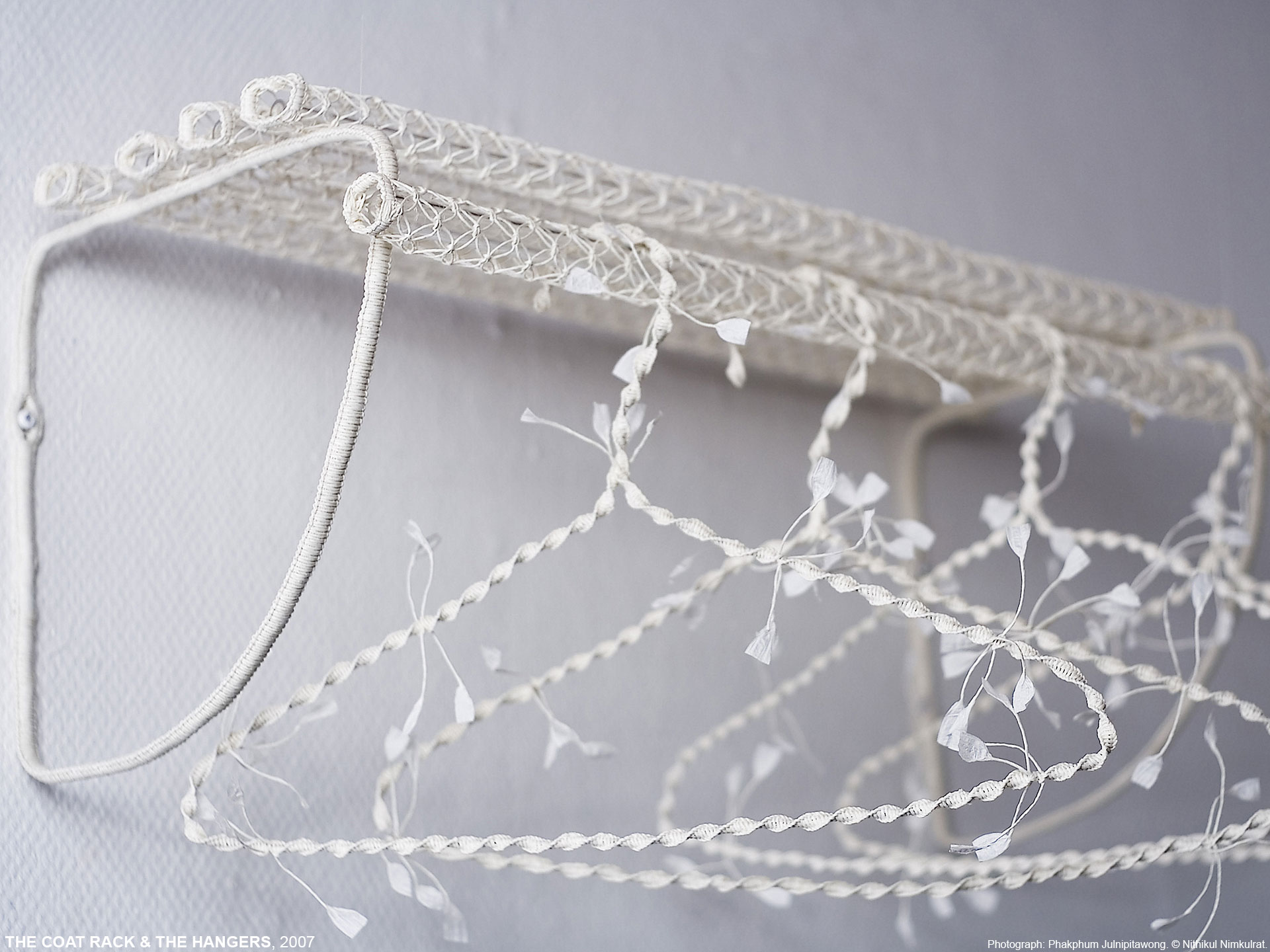 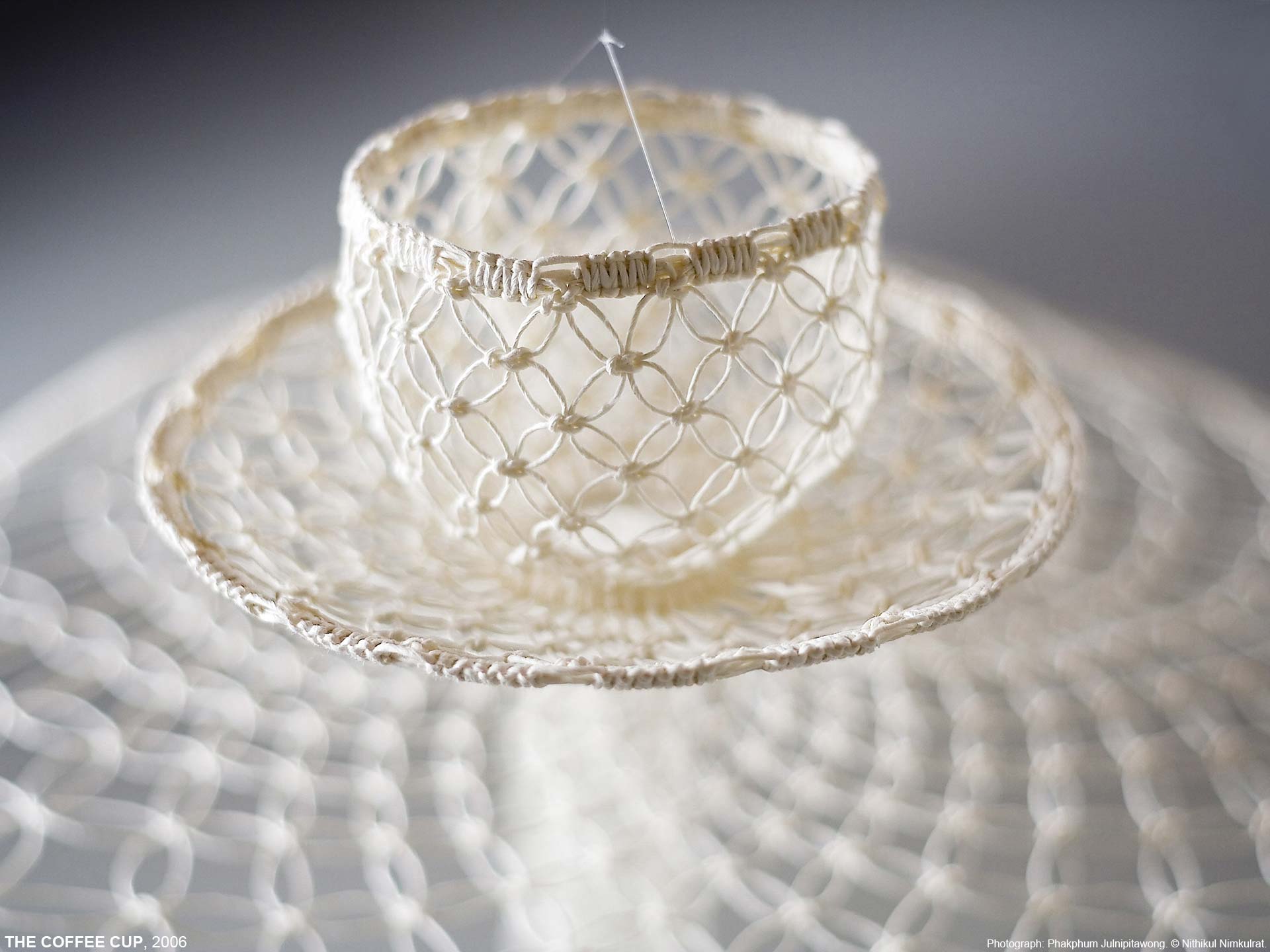 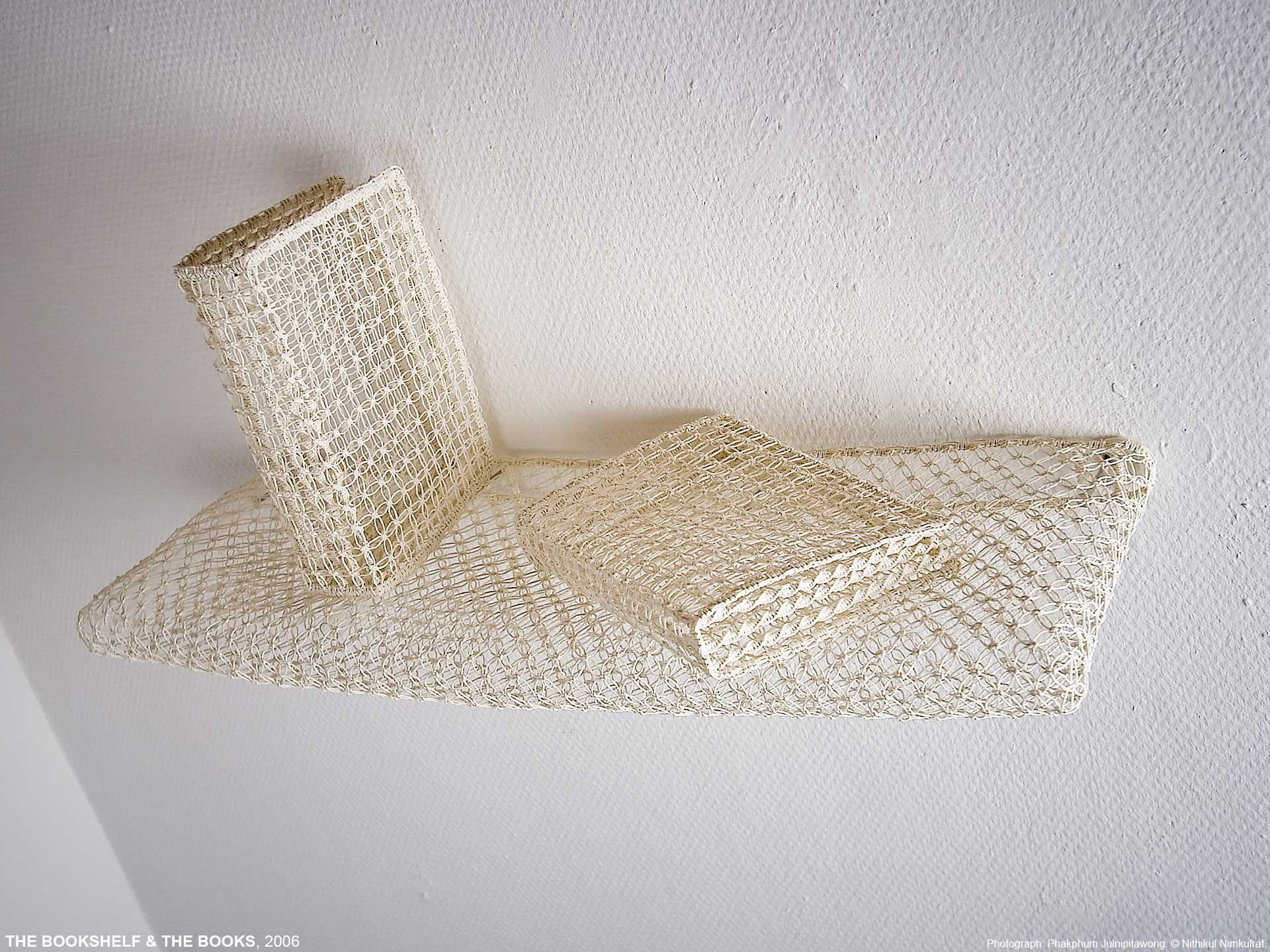 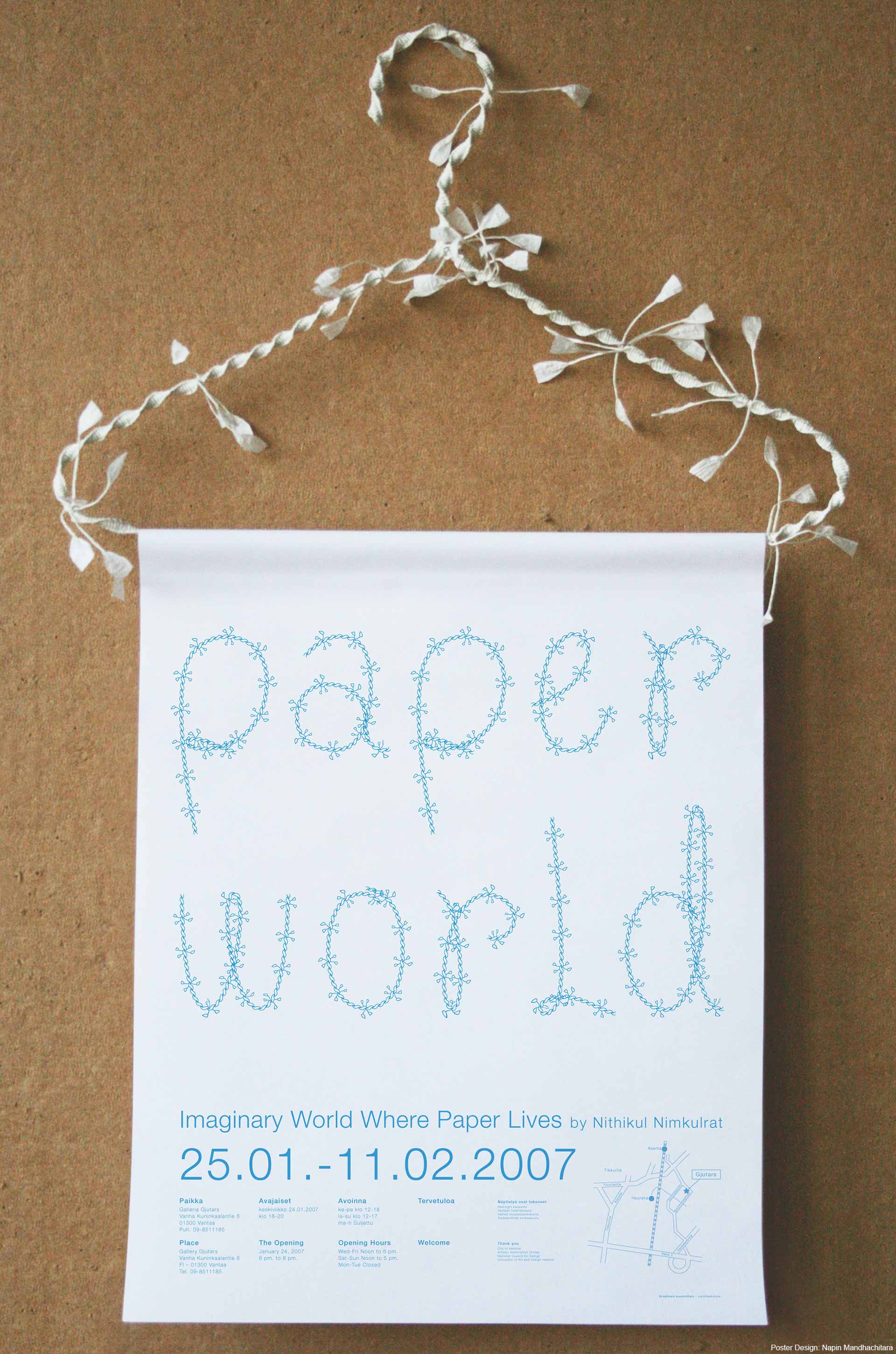 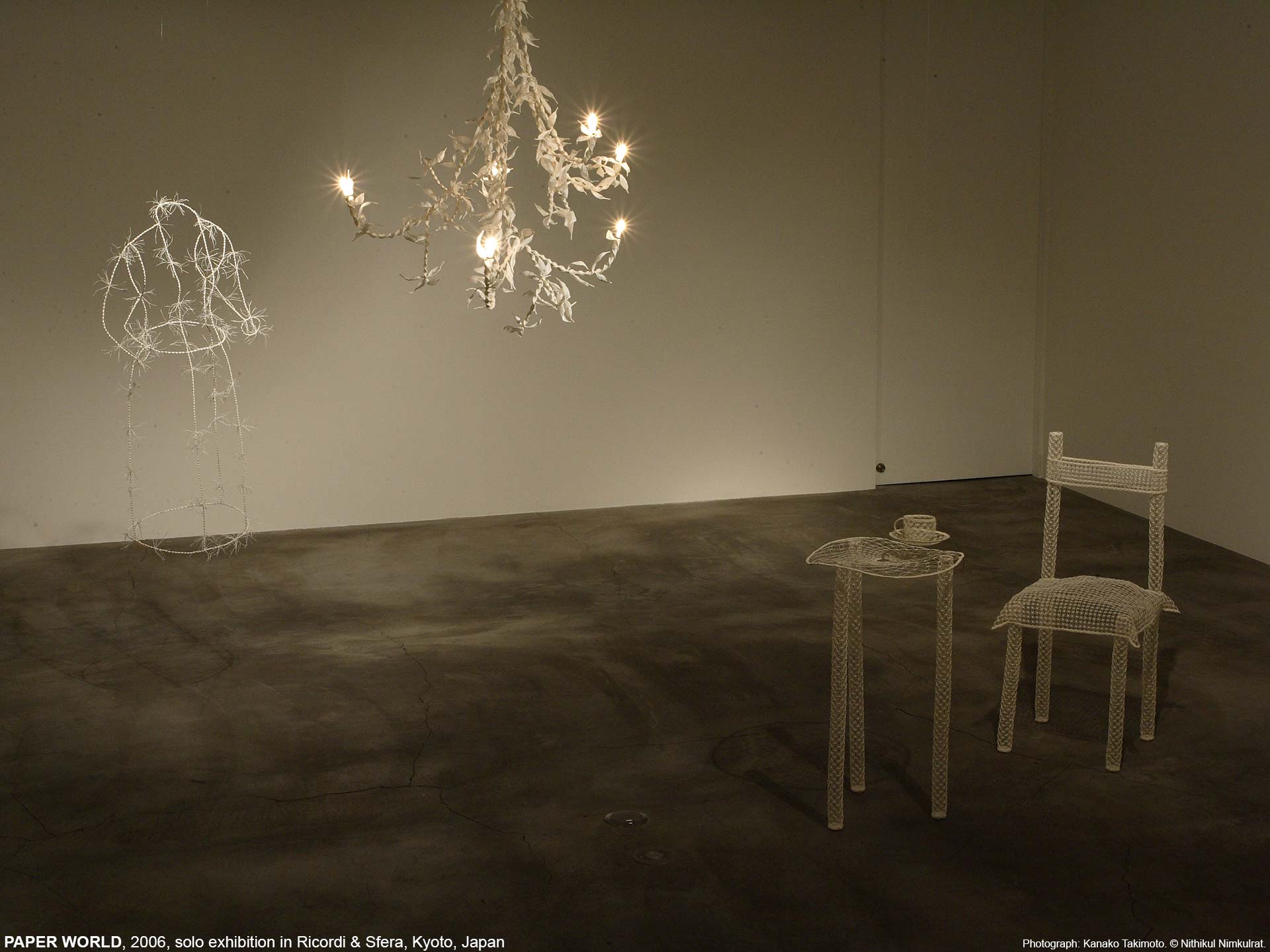 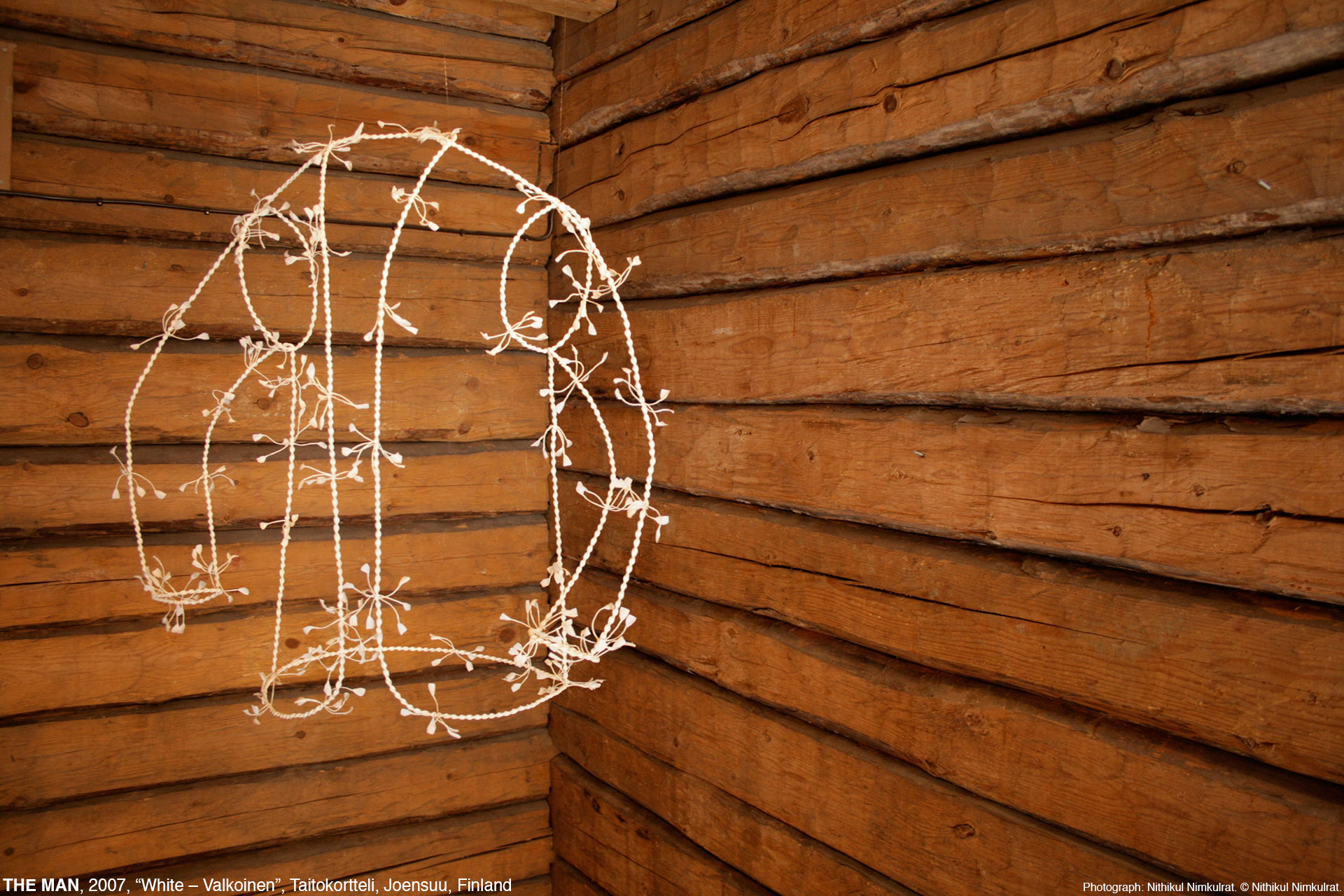