Nithikul Nimkulrat is a textile artist, designer, researcher, and educator originally from Bangkok, Thailand. Nithikul was educated as an industrial designer (BID) with knowledge of architectural design at Chulalongkorn University in Bangkok. Having worked as a designer in the textile industry in Thailand for three years, she relocated to Helsinki to pursue studies at Aalto University School of Arts, Design and Architecture where she earned a Master of Arts in textile art and design in 2002 and a Doctor of Arts in design in 2009. After that, Nithikul worked at Aalto University as a postdoctoral researcher (2010), Loughborough University in the UK as a Lecturer in Textiles (2011–2013), and Estonian Academy of Arts in Tallinn, Estonia as a Professor in Textile Design and Head of Department of Textile Design (2013–2018). During her sabbatical year, Nithikul was based at Emily Carr University of Art + Design in Vancouver, Canada, as a designer-in-residence in Fall 2017, and in Spring 2018, she had a research stay funded by German Academic Exchange Service (DAAD) at Weißensee Academy of Art Berlin. Since December 2018, she has been appointed as Tenured Associate Professor in Material Art & Design (MAAD) at OCAD University in Toronto, Canada. Currently, she is Acting Chair of the Material Art & Design program.

In her work, Nithikul interweaves creative and research practices. This interweaving has proven to be fruitfully applicable to art and design education. Her research interest is rooted in her textile practice, lying across conceptual issues in art and design, especially the role of creative practice in academic research and the immateriality of physical materials in creative processes. Having situated her work at the intersection of art and design and at that of the academic and art worlds, her creative artefacts have received awards and have been exhibited internationally, while her research has been published in peer-reviewed publications and presented in international conferences. 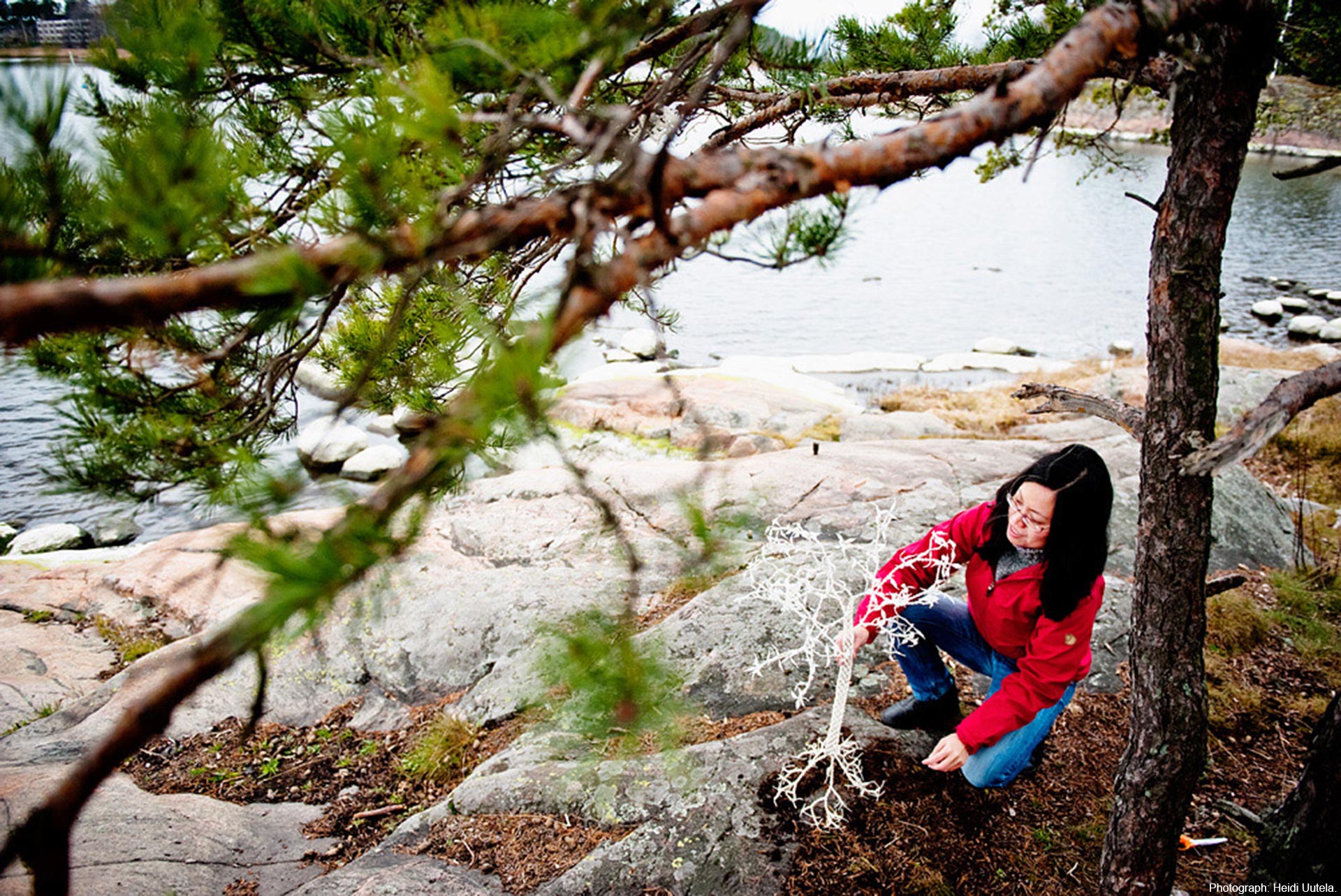